September 9th, 2019
PhoenixWomen in IT

Women In IT – Poppy Angell

The third in our series of ‘Women in IT’ blogs is Poppy Angell, Partner and Campaigns Executive in our Vendors Alliance Team … 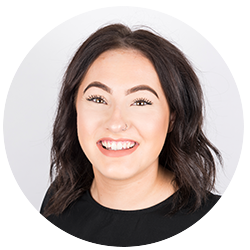 I have been in the IT industry for 18 months.

I joined Phoenix Software as a Partner and Campaigns Executive.

I joined Phoenix 18 months ago.

Having previously worked in a completely different industry and looking for a new challenge, I knew moving to the IT industry would be just that. Coming from a generation where IT is almost second nature, I knew picking up the basics would be easy – but knowing how innovative and ever changing the IT landscape is, I was certain IT would continue to push me to learn every day. It was very clear that this was the perfect industry for what I needed.

Being quite young and being a woman in a very male dominated industry made me think it was inevitable that I would face some challenges, especially working in the Alliances Team, building and maintaining excellent relationships with hundreds of vendors most of which are men who have been in the industry a long time. However, I have had nothing but a positive reception from every person I have had the pleasure of meeting – sometimes a little bit of surprise at my age or the small time I have been at the industry, but never negativity.

Introducing the Women in IT Awards, actively employing more females – especially in technical roles- introducing STEM (Science, Technology, Engineering and Maths) into the school curriculum with younger girls and overall championing women in marginalised sectors have been some incredible improvements over the past few years throughout the industry.

Phoenix has a great woman to men ratio within the sales teams and two of our three directors being women really does show that we champion this from within. At Phoenix I have never felt like less of a professional because of my gender, IT has only ever been celebrated.

I think the introduction of diversity and inclusion policies in a workplace can be very encouraging for any underrepresented group of people when entering a new industry – knowing a company has flexible working policies, excellent maternity leave cover, work from home policies and so on which have previously not been highlighted can tackle the perception that women are an afterthought

Showcasing existing women within the industry at events such as careers fairs at schools,colleges and universities can bring in talent who previously wouldn’t have considered IT as somewhere to take their career.

Most importantly, shouting about the successes of the women that are already in the industry will always draw more women in.