Women in IT – Emma Taylor 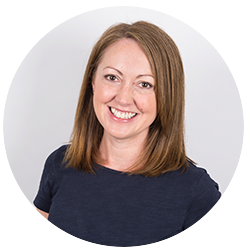 I have been in the industry for 21 years now.

Just over 12 years, I started here when my eldest son was just seven months old.

If I’m brutally honest, it was the earning potential.

I actually trained to be a Nursery Nurse at college and had a couple of nannying jobs before realising that although I loved children, I didn’t want to make a career out of it. So, I got a job working for BT and then moved to London to work in customer services for another telecoms company. One of my closest friends was working at Phoenix back in 1998 and she was earning a lot more money than me. She convinced me to contact a local recruitment company and I got myself a job at Infobank Software Corporation, which then became Trustmarque Solutions and is now known as Capita. I worked as an Account Manager initially, looking after Police forces and I loved it. Having a target to hit and the fact that the harder I worked, the more money I could earn was great. Over the years I worked my way up to Corporate Sector Manager before leaving after having my son.

I joined Phoenix is 2006 working in the SAM department and after a year or so I moved into sales as a licensing specialist. My next role at Phoenix was the Microsoft Alliances Manager which I did for seven years and now I’m doing my relatively new role of Training & Development Manager which I have to say is my favourite role to date!

It’s great working in an industry where there is such a variety of roles available!

No challenges apart from having to learn something completely new. I do feel like I had it easy compared to people starting out in IT these days as the portfolio of products and solutions was tiny compared to what it is now. I have simply been able to add anything new to my existing knowledge, rather than having to learn everything at once.In terms of being a female in the industry, I don’t think this had had any impact to be honest. Sometimes it was a bit daunting being the only female at an event, but it certainly hasn’t held me back or affected my career choices.

Loads! In terms of industry changes, I went on maternity leave with my first child in 2006 and came back to a whole new world of virtualisation. Phoenix is almost unrecognisable from the company I joined in 2007, twice as many people work here now and our turnover has just about tripled.

We are making great steps towards offering true flexible working so people can work around nursery and school times. It’s usually childcare issues and costs that prevent women returning to work after having children. I think it certainly affected my career choices in the company I worked for previously. We are no longer tied to desks from a technology perspective, so we need to embrace the freedom this allows to give everyone a good work/life balance. If we promote this in job adverts and during interviews it will make Phoenix very attractive to women.