Women in IT – Fay Mercer

I have been in the industry for six and a half years. 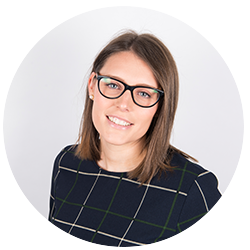 I have held various roles including;

I joined Phoenix six and half years ago – it was my first job in IT!

Fresh out of University, with a Marketing degree in tow I just wanted to get into work straight away. A Marketing role became available at Phoenix and I applied. If I am honest, I thought I would stick around for a couple of years, get some Marketing experience under my belt and then move on – who gets excited about IT, or so I thought….

Nearly seven years later I am still here and enjoying my role and the industry more than ever. I think the beauty of the fast-paced world that is IT, is that there are so many varied roles and providing you are willing to work hard and apply yourself, the opportunities can be endless.

During an interview, we have all used the clique line ‘I am not just looking for a job but I want a career’ but I can truly say that Phoenix has given me a wealth of opportunities and immersed me into the industry which has in turn allowed me to build a good career in IT, which I hope will continue to develop.

I have been fortunate enough not to face any gender inequalities during my time in the IT industry.

Surprisingly, I have always been managed by women in my career and I have been lucky enough to have some really great role models throughout this time, which has encouraged me to pursue my career in IT. Equally, I just haven’t let it be part of my thinking that there wasn’t a role or job I couldn’t get if I worked hard enough. I think a positive attitude, professionalism and hard work helps overcome struggles that we can face in these male dominated environments.

There is no truer statement in IT than ‘change is the only constant’ i.e. new technology releases, change in customer demands, new competitors – the list could go on and on.

However, through this era of change opportunities and recognition for Women in IT has evolved dramatically and the gender gap in IT is slowly starting to shift. Not only are more women taking on senior roles in IT in general, but this is also reflected in Phoenix too, which as a female makes it such an exciting journey to be a part of.

IT is still a highly dominated male industry, however women are taking strides and adding diversity to the IT sector. Inclusion and diversity are what drive ideas and ultimately success, so that must be reflected in our industry – be that gender, religion, ethnicity, background or education.

There is a wealth of opportunities in Marketing, Sales or Operations for example, which need to be promoted to young females, and males, looking for careers in a fast paced, exciting industry.

Secondly, having great female role models in the industry is also important. At Phoenix our board is made up of 66% female, Sam Mudd – Managing Director and Clare Metcalfe – Operations Director. I think this demonstrates to women in our organisation that gender biases and role stereotypes have been eradicated and providing you are willing to work hard and dedicate yourself, there are no limitations on what you can achieve.

What’s more, the Women in IT Awards continues to readdress gender imbalance within the industry by showcasing the achievements of Women in the sector.

Lastly, through the promotion of modern working practices such as working from home, flexible working and maternity leave, this demonstrates to women that a good work/life balance can be achieved without having to compromise the success of either role, be that a career woman or a mother. You can have it all!