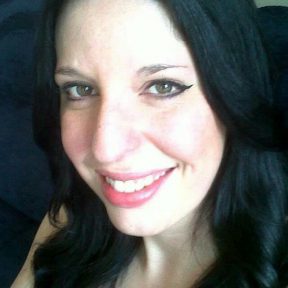 Following on from our Pride series, Service Delivery Project Manager, Alix Stembrowicz shares why it’s important never to assume someone’s sexuality based on appearances and how Phoenix encourages individuality in the workplace.

“I’ve been at Phoenix for more than eight years now and I’ve always felt that I can be very open about my sexuality here. Phoenix always encourage you to be yourself, which has created a comfortable environment where everyone can express their true selves without prejudice.

“In the past, I have worked in companies where I didn’t feel that I could be open and honest about my sexuality from fear of judgement or that people would treat me differently. And while I don’t go out of my way to tell people about my sexuality, whenever anyone at Phoenix has found out that I am pansexual they’ve not so much as batted an eyelid, which is how it should be. After all, why would it be any different from someone expressing their heterosexuality?

“For those of you that haven’t come across the term before, pansexual is when a person is sexually attracted to people regardless of their sex or gender identity. The term is relatively new to me too; I used to think I was bisexual until I learnt what pansexual meant, and then it clicked – that’s me!

“Most people don’t realise that I’m pansexual because my fiancé is male and we’ve been together for almost 17 years. People tend to assume that I’m heterosexual, which is a good reminder that although something may look a certain way, assumptions are based entirely on your own experiences and knowledge, and someone else’s truth can be quite a different thing altogether.

“Phoenix’s dedication to diversity and inclusion, and how staff are encouraged to be involved in making it a safe and enjoyable environment for everyone to work in is amazing. It’s a great community of people coming together to learn from one another, share their experiences, and enjoy the process too.”

Find out more about our company values, or view our current vacancies to become part of Team Phoenix.

Naomi is Phoenix's Content Strategist with more than ten years' experience creating a variety of content for web, print, social media, and email marketing. With a background spanning all marketing disciplines gained notably within the housing, sustainability, and not-for-profit industries, Naomi is familiar with the challenges the public sector faces and is passionate about producing content with accessibility in mind.

See all posts by Naomi Busuttil
Previous
Next