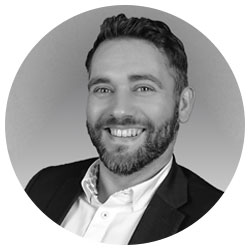 In the fight for number 10 the NHS was a key battleground, the Queens speech laid out how the new government would prioritise and put healthcare centre stage in its plans for the following decade.

We’ve heard promises around new hospitals, staff and importantly money as part of the new manifesto- along with revisions and differing timelines, but all in all 2020 looks to be the domestic project that will help win hearts and minds!

So as parliament looks to convene, plans are discussed and party agendas are set to play, what were the big issues that dominate our beloved NHS?

The NHS has helped UK citizens live for longer, which also means we now have more citizens in our system then ever and for longer, stretching resources further.

A working group of experts spent 18 months devising options for the government to consider. Now Ministers want to set up a cross-party commission to put actions into motion, but with both Labour and the Liberal Democrats plunged into leadership races after the election, there will be huge pressure on the government to start coming up with plans.

NHS figures showed that last year was the fifth year in a row that the uptake of child vaccinations for MMR had declined for under-fives.

Health officials are warning that avoiding immunisations puts children at risk of deadly infections, which has ultimately led to the UK being stripped of its measles-free status by the World Health Organisation.

Solutions such as compulsory vaccinations have been talked about by Minsters, but many health experts doubt how effective this would be and have suggested that accessibility to citizens should be offered in locations such as supermarkets, chemists etc. A new report outlining the vaccination strategy was delayed due to the election and we expect a publication shortly.

A criticism of the current government by other parties in the run up to the election was its inability to reverse the deterioration of waiting times, with most predicting it will take years before it gets back to regularly meeting waiting time targets, as it was doing a decade ago. This is undoubtedly one of the most high-profile problems and with the first of the NHS’s extra funding being introduced in April 2019 it hasn’t managed to reverse the deterioration yet.

The problem has been exacerbated as three key targets covering A&E, hospital operations and cancer care haven’t been met in the last three years and both A&E and routine operations are at their worst levels since targets were introduced. The winter ahead will be tough with higher rates of flu this year than last.

The lack of care in the community has a crippling effect on the NHS and was identified in Boris Johnsons first speech in front of downing Street after he took to office, promising to “fix the social care crisis once and for all”

Because support is not available to care for patients in the community, 1 in 20 hospital beds are taken up by patients who are ready to be discharged but can’t be sent home. The government has pledged to act.

The NHS is People

1 in 12 posts in the NHS remain unfilled and the immediate attention has turned to retaining more nurses and international recruitment, with more than 30,000 nurses leaving each year, as well as training more doctors and nurses. But it may be many years before the full impact is felt.

Ministers are proposing fast-track visa application systems to help fill the vacant posts with the number of EU recruits falling since the referendum.

As the tax threshold on pensions has been lowered the appetite for doctors to work longer shift has dropped, due to higher tax bills. NHS England offered to pick up the bill until April 2020, but a longer-term solution needs to be found as hospitals say it is one of the major reasons waiting lists for routine treatments are going up.

If the NHS is people, then time is its lifeblood.

The organic evolution of the NHS over decades has become complex, multi-faceted and entangled. Now, after a period of reflection, the NHS is promoting standardisation of its systems and collaboration, garnering better value from the NHS purse, promoting interoperability throughout region and service.

The aspiration of a proactive NHS system that can somehow prevent issues before they occur would not only clear waiting times and the financial burden on the NHS, it would also free up it’s people to do more. Such a utopian destination may seem like a life time away, but the NHS is taking its first steps into what will be a long journey of innovation to a world of proactive population health.

But as technology is the NHS’s biggest enabler and time is its lifeblood, would it stand to reason that by optimising technology the NHS would relieve much of the mounting strain on its services?

Time can be saved in many different ways. Phoenix are incredibly proud to be Microsoft’s Global Modern Workplace Transformation Partner of the Year, with this award coming on the back of work we have done across the UK Public Sector to help them innovate, unlock productivity and deliver state of the art solutions. If we think specifically about the NHS, patient engagement is a critical part of the healing process. The ability to engage on a one-to-one basis is comforting and reassuring. In the past clinical staff have often had to disappear off to specific nursing stations to update notes – this can be time consuming but it also de-personalises engagements. The ability for a doctor or nurse to sit at the bedside and update using a Surface Device as an example provides incredible benefits. Let’s look at Microsoft Teams. In the past sometimes hospitals, or even departments had to fax each other documents or write to each other. The ability to now collaborate in real-time has the potential to speed up waiting times for appointments, accelerate diagnosis and ultimately get patients onto the treatment path they need quicker than ever before. If we look to the future we can see an NHS where translation services are used in A&E to quickly understand the needs of people arriving and of course avoiding the cost of expensive translation service contracts. The ability for someone to be able to clearly explain what their symptoms are in their own language will also relieve the stress of the situation, providing a better experience and a better chance again to get the person on the treatment path they need quickly.

It is also worth noting that NHS Digital has expanded its service manual to include guidance on making the NHS more accessible to create an inclusive and diverse workforce. Examples here include Read Aloud which could help someone with visual impairment understand a clinical document and Immersive Reader which can help individuals overcome challenges such as dyslexia. Both of these examples are hugely empowering.

You may also have seen in the news the investment that is going into improving login times. This is another area of great focus. Trusts can realise as much as 2.5hrs a week from each clinician, which put into perspective relates to around 8% extra time for its workforce that we discussed earlier. It is not just about time either, there is a risk with login times being so slow that clinicians may not log out, this could present a concern as audit trails of who accessed sensitive data such as patient records could be compromised.

Virtual Desktop Infrastructure (VDI), provides agile follow-me computing and enables clinicians to deliver care without many of the constraints they must overcome within the NHS, such as slow logins, slow system performance, multiple systems for differing applications and being tied to one device, not to mention security which has hampered the NHS greatly in recent years.

Re-imagining IT isn’t always easy, as the way that budgets are allocated within the NHS is traditional in its nature promoting more of a reactive IT service. Trusts are breaking the mould, technology is now front and centre of driving the NHS forward.

See all posts by Fiona Bowman

Request a meeting with our experts

In Phoenix you have a global award-winning partner, who focuses solely on the Public Sector and who can help you provide the service of the future. One that is optimised, one that provides a fantastic, accessible working environment, one that improves patient satisfaction, one that reduces legal risk and one that we can all continue to be very proud of.

If you work in healthcare, we would love to talk to you to show how we can help you on this journey. Fill in the form below, call on 01904 562200 or email [email protected]