For Phoenix, earning a place on a list as one of the UK’s Best Companies to Work For is an accolade like no other, as it recognises our commitment to our employees and demonstrates that we see workplace engagement as a vital part of our organisation’s success.

When we were named a 3 Star company back in December 2020, we were delighted that our staff felt we had continued to provide the support that they needed in such challenging circumstances. The 3 Star accreditation is the highest standard of workplace engagement, representing organisations that truly excel and on the announcement of this accreditation, Jonathan Austin, Founder and CEO of Best Companies, said:

“Being a well led and well managed organisation with ‘world class’ levels of employee engagement during these unprecedented times is an exceptional achievement. It demonstrates Phoenix Software’s commitment to their people at a time when it means more than ever before – congratulations!”

Fast forward five months and we are extremely proud to announce that we’ve been placed on the following lists as part of Best Companies Live.

See all posts by Jennifer Connelly 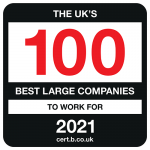 This competitive list spotlights the 100 companies in the ‘Large’ category with the highest Best Companies Index scores. To join the list, your organisation must employ between 200 – 1,999 full-time employees and achieve one of the highest 100 highest BCI scores in the category. 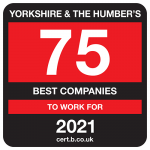 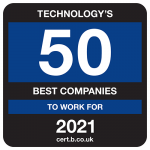 We are so pleased that our staff are engaged, feel supported and want to be part of the difference that Phoenix are making. Let’s see where we feature on the lists in 12 months’ time as we look to continue to drive positive changes for both staff and customers alike.